Producing Epic Basslines For Pop and R&B in 2018

Preparing your tracks for mixing

Are we in sync? 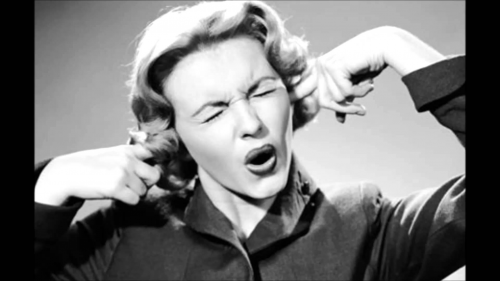 It’s a common complaint on gear forums - “My condenser mic is too bright and sibilant!”

Before I describe how perfectly fine capsule and circuit types can produce excessively bright and sibilant mics when used together, I’ll back up and talk about analog audio noise reduction. We need to understand the design of the venerable Neumann K67 capsule used in the U 87 microphone - because misuse of the K67 type capsule creates excessively bright and sibilant LDC mics.

The Need For Noise Reduction -

Unlike modern 24 bit digital recording and transmission with a theoretical 144 dB dynamic range, early AM broadcast transmissions had a dynamic range of 30 dB. This meant a signal to noise ratio of only 24 dB (allowing for 6dB of peak amplitude above average level).

A 24 dB signal to noise ratio is quite poor - voices are intelligible, but shrouded in noise. So early recording and broadcast equipment designers sought ways of improving the limited S/N ratio available at the time.

Fast forward to the Neumann U 47, U 67 and U 87 microphones - After the success of the U 47 and M 49 microphones with pop singers like Nate King Cole, Frank Sinatra and Barbara Streisand, Neumann answered a need for a mic that could handle a new, louder genre - rock n’ roll, but also offer an improved signal to noise ratio for those quieter genres as well.

Neumann engineers noticed young rock n’ rollers worked very close to their vocal mics to gain intimacy and presence. Of course working a cardioid condenser like the U 47 at close range can produce too much bass proximity effect. So the U 67 was designed to have less bass boost, when worked close, compared to the U 47 worked at the same distance.

And to push the technical envelope further, Neumann developed a microphone topology that would improve the S/N performance of their newest mic, the U 67, compared to the U 47 - they used a high frequency pre-emphasis / de-emphasis noise reduction strategy within the U 67 (and later, within the U 87).

To achieve HF pre-emphasis, Neumann designed a new capsule, the K67, with a built in HF boost. The capsule itself provided HF pre-emphasis of program material. The HF-boosted signal from the K67 capsule was then fed through the tube impedance converter stage and then on to the output transformer of the U 67 mic where HF de-emphasis via negative feedback and low pass filtering restored the original timbre balance of the program material and simultaneously attenuated tube noise.

A similar HF pre-emphasis / de-emphasis topology was used in the subsequently introduced U 87 microphone - the most recorded microphone in the history of pop music. It is the ubiquity of the U 87 and its status as a “go to” microphone that set the stage for the excessively bright mics that would appear later on.

Let’s take our time machine back to cold war era China - set the controls for Beijing, 1952.

Chinese condenser mic manufacturing in China started when then East German microphone engineers (the “Gefell branch” of the Neumann family) introduced Neumann capsule and mic designs to the Chinese as part of a technology exchange program between those comrade countries.

Chinese mics of this era, built by the grand daddy of Chinese mic manufacturers - Beijing 797 Audio, were U 87 clones that used the K67 type capsule and proper HF de-emphasis circuit.

Time travel forward to the home recording era of the early 2000s. With the burgeoning of home recording, many Western “re-branders” and re-sellers of Chinese-built mics demanded lower prices from their Chinese suppliers in order to hit the very low price points demanded of them by major retailers like Guitar Center and its Musician’s Friend division.

The Schopes circuit, as fine as it is, does not provide HF de-emphasis (this circuit was designed to be used with capsules without a pronounced HF peak at 7-8 kHz and sounds wonderful with non-peaked capsules).

When a K67 type capsule is coupled to the Schoeps type circuit the result is brighter and more sibilant sound than what Neumann created with its own K67 capsule mics (U 67 and U 87) that used HF de-emphasis.

Let’s recap the sequence of events that brought us to today’s excessively bright and sibilant LDC mics.

Neumann developed the K67 capsule with a HF peak to provide the pre-emphasis portion of a noise reduction circuit (which would be de-emphasized at the output stage of the mic).

Cold war era German engineers introduced the K67 capsule and U 87 circuit to Chinese manufacturers who then made accurate U 87 clones.

Pressured by Western companies to reduce manufacturing cost of K67 type capsule mics, Chinese companies began making mics with a low cost circuit that did not have the HF de-emphasis needed to restore proper timbre balance of program material. Result - mics that are too bright and sibilant with an 8dB peak right in the middle of the sibilance range of 7-8 kHz.

For years inexpensive mics have been derided by recordists as “cheap Chinese junk” and have blamed the quality of the Chinese-built K67 type capsules. This blame, and the reason for excessive brightness has been misplaced.

The truth of the matter is, the Chinese-built K67 type capsules are decent copies of the Neumann K67 capsule design (and these capsules can be built to very tight tolerances and quality control standards if one is willing to pay the Chinese manufacturers to do so. But low end re-branders are not willing to do this).

The Chinese manufacturers only produced what their Western clients wanted - inexpensive K67 type mics. The cheapest way to do this was to eliminate an expensive microphone output transformer and use a low cost transistorized circuit instead (and yes, use lowest cost parts like cheap ceramic and electrolytic capacitors - even in critical signal path locations).

Apparently the Western re-branders didn’t care (or didn’t even know) there was a mismatch between the K 67 type capsule with its HF boost and the flat response Schoeps type circuit. It appears that offering $100 “looks like a U 87” mics trumped offering mics that actually adhered to the U 87 frequency response (not too mention parts quality and assembly quality control standards).

What to do about LDC mics that are too bright.

There are two possible solutions - change the circuit or change the capsule. Let’s look at both approaches.

If a mic’s stock K67 type capsule is kept in place in a flat response Schopes type circuit mic, and one wants to hear a traditional U 87 timbre balance, then the mic’s circuit needs to be changed. High frequency de-emphasis achieved through the use negative feedback and low pass filtering - as is done in the U 67 and U 87, must be retrofit to the mic.

Simply rolling off the top end of a K67 capsule type mic leaves the 7-8 kHz K67 type capsule peak intact relative to the frequencies above and below (because the capsule’s peak is a higher Q - a narrower bandwidth - than a low Q, simple RC low pass filter) — the mic will sound simultaneously dull on top (due to low pass filtering) but still have an offending 8 dB @ 7-8 kHz peak standing above the neighboring frequencies.

Proper modification of a flat response Schoeps circuit requires extensive and costly parts and labor changes - a nearly complete point-to-point, hand-soldered rebuild of the circuit in fact. This can be an a amusing and educational DIY project - there is a whole website devoted to such projects.

If a recordist was to retain the services of a professional electronics tech with familiarity with microphone circuits, the cost based on current bench tech rates to accomplish this change, to a single mic, would be exorbitant. Correct, (not taking any short cuts such as "cap swaps" in other words) professional re-design and re-build of a Schoeps type circuit is not really a cost effective solution for owners of these types of mics.

Beyond the costs involved, there is another compelling reason to leave the flat response circuit in place - sonic purity.

A better approach - change the capsule.

Unlike the K67 type with its pronounced HF peak, the earlier Neumann K47 type capsule has a much flatter response with just a broad and gentle presence “mound” in the upper midrange. A Neumann K47 capsule used with the flat response U 47 circuit is largely responsible for much of the “sound” of popular music recorded from the 1950’s to the present day.

Do It Yourself (DIY) Capsule Swap?

But many DIY K47 type capsules will not support the higher polarization voltage found in inexpensive mics that use voltage doubler circuits. The diaphragm of these K47 type capsules will be partially, or in some cases, completely sucked onto the capsule backplate - distorted and thin sound with reduced output level is the result.

I’ve had many folks write to me asking for help troubleshooting their DIY K47 capsule installation. After I ask which capsule they used, and which mic they put it in, they are dismayed to learn they cannot simply drop that particular K47 capsule into that particular mic - without reducing the capsule polarization circuit in the mic in order to have this voltage fall within the maximum safe capsule polarization spec for their particular capsule.

Changing the mic to a K47 type capsule will correct a stock K67 type capsule / Schoeps type circuit mic’s timbre balance. But the replacement K47 capsule will only function properly if it is designed to work with a correctly calibrated voltage doubler circuit.

I hope this has helped explain why so many low cost mics are too bright and sibilant in the 7-8 khz region and what can be done to improve them. - Michael Joly